The Wellington Club club will be meeting up in person again under Alert Level 1.
We will resume meet-ups on the 22nd of September 2020.

A friendly space to learn and to play the ancient game of Go.

Go is an ancient strategy board game in which the aim is to surround more territory than the opponent. It has simple rules, but incredible complexity.

The Wellington Go Club meets on Tuesdays from 5:30pm till 9pm, at Victoria University of Wellington, Room 350 in the Cotton Building.

Free to attend and players of all skill levels are welcome including beginners. There is always someone happy to teach new players. 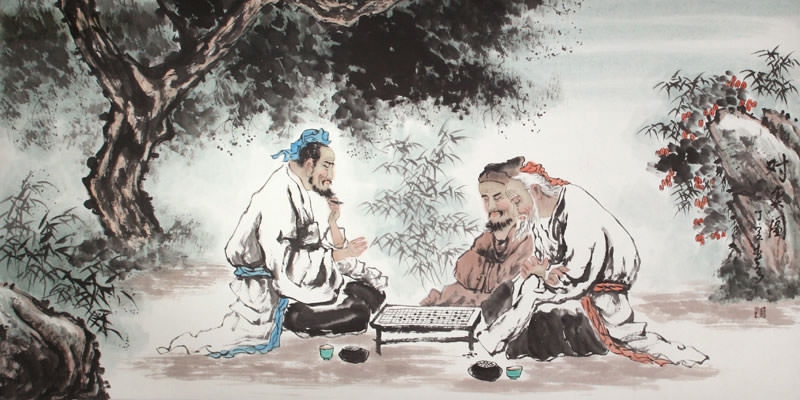 Go (also known as wéiqí 圍棋 in Chinese, baduk 바둑 in Korean, and igo 囲碁 in Japanese) is an ancient strategy board game where two players aim to surround the most territory on a grid. The rules are simple: The game starts with an empty board with 19 x 19 intersections. The players take alternate placing stones on empty intersections with Black playing the first move. Stones are removed from the board when they are completely surrounded and when the game ends, the player with the largest area wins. Find out more about how to play in our resources section.

A moment to learn, a lifetime to master.

The 19 x 19 board gives an immense number of possibilities for each move. Even with simple rules, its vast complexity made it the last perfect information, zero-sum board game that humans could beat computers. Until 2016 when the AI AlphaGo, defeated the top professional, Lee Sedol, in a best of 5 match.

Example of a Game

Error: Your browser doesn't support WGo Player. To see the game, please use a modern browser like: IE9, Google Chrome or Mozilla Firefox.

We are a small but active community based in Wellington who cater to running games between members and teaching people of any skill level, especially beginners. There is no membership fee to join, and no obligation to turn up every week. For more information about the club, feel free to get touch and we will get back to you as soon as possible.

The Wellington Go Club holds weekly meet-ups every Tuesday from 5:30pm till 9pm, at the Victoria University of Wellington, in Room 350 of the Cotton Building (Kelburn campus map). The university staff parking becomes free after 5pm and there is a bus stop nearby on Kelburn Parade.

Our regular meet-ups include going through tsumego (Go problems), the occasional lecture, and of course, playing lots of games. We have a wide range of skilled players and there's always someone who is happy to help beginners learn the game. 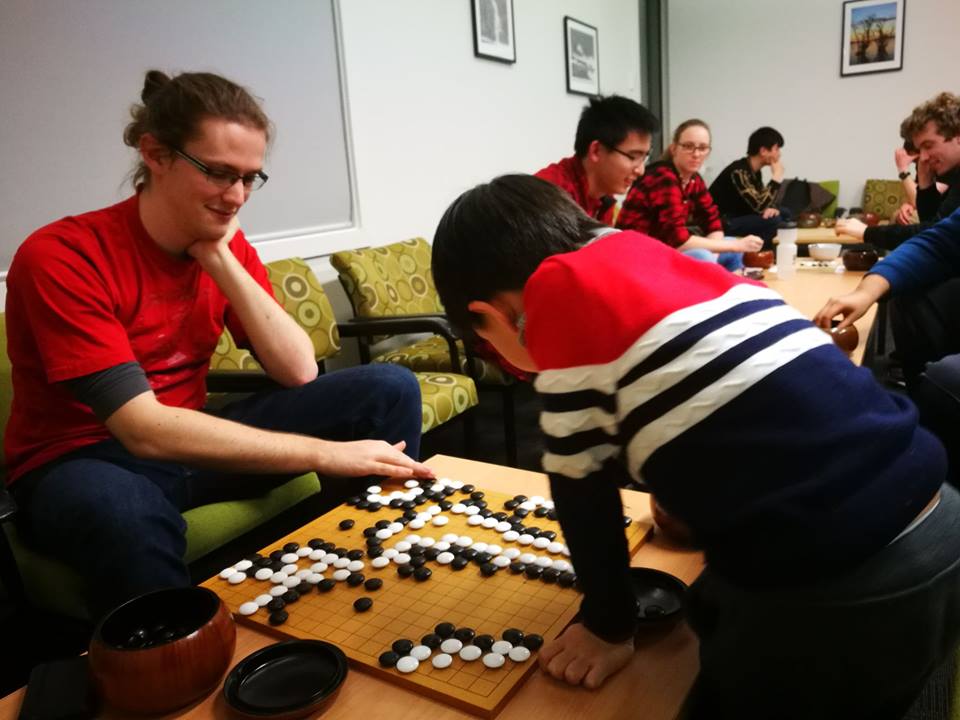 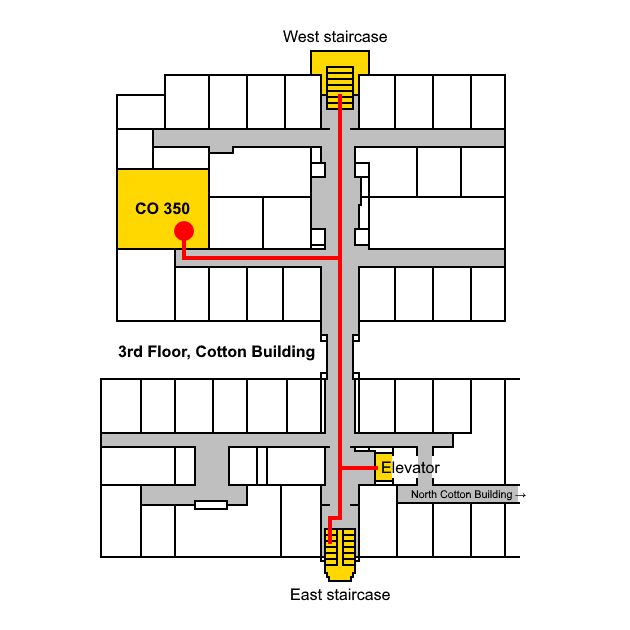 We also host the annual Wellington Open Tournament around November every year. The two-day event is open to players of all skill levels and often brings players from across New Zealand.

Over the summer, we run a Stones in the Park event at the Botanic Gardens. This is a casual get-together to play some Go and to enjoy the sunshine.

We occasionally run lectures from experienced players and visiting guests, which help improve everyone's skills. If you are interested in coming along and giving a lecture, don't hesitate to get in touch. 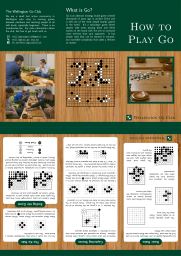 A C-fold leafet on the rules of Go, with extra pages for club advertising. The second page is flipped for long-edge printing. 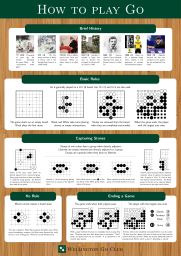 A poster on the history and the rules of Go. Designed for large printing (size A3 and above).

If you are interested in playing some games, giving a lecture, proposing an event or just want to learn more about Go, feel free to contact us by filling out the form below.